Written in the voices of people living and working in the coal camps during the West Virginia coal mine wars of 1920–1921, these vivid poems show how a community responded to a time of danger. Kettle Bottom imagines the stories of miners, their wives, children, sisters, and mothers; of mountaineers, Italian immigrants, and African American families — people who organized for safe working conditions in opposition to the mine company owners and their agents. The poet, Diane Gilliam, whose family was part of the Appalachian outmigration from Mingo County, West Virginia, and Johnson County, Kentucky, has created a book of poems that address a violent time with honesty, levity, and compassion. At its core, Kettle Bottom is about how a community lived in the presence of multiple risks and the choices the residents made.

Explosion at Winco No. 9

Delsey Salyer knowed Tom Junior by his toes,
which his steel-toed boots had kept the fire off of.
Betty Rose seen a piece of Willy’s ear, the little
notched part where a hound had bit him
when he was a young’un, playing at eating its food.

It is true that it is the men that goes in, but it is us
that carries the mine inside. It is us that listens
to what they are scared of and takes
the weight of it from them, like handing off
a sack of meal. Us that learns by heart
birthmarks, scars, bends of fingers,
how the teeth set crooked or straight.
Us that picks up the pieces.
Us that picks up the pieces.I didn’t have
nothing to patch with but my old blue dress,
and Ted didn’t want floweredy goods
on his shirt. I told him, It’s just under your arm,
Ted, it ain’t going to show.
Ted, it ain’t going to show.They brung out bodies,
you couldn’t tell. I seen a piece of my old blue dress
on one of them bodies, blacked with smoke,
but I could tell it was my patch, up under the arm.
When the man writing in the big black book
come around asking about identifying marks,
I said, blue dress. I told him, Maude Stanley, 23.

Listen to “Explosion at Winco No. 9,” “Pearlie Tells What Happened at School,” “Pink Hollyhocks,” and “Milk,” read by Diane Gilliam: 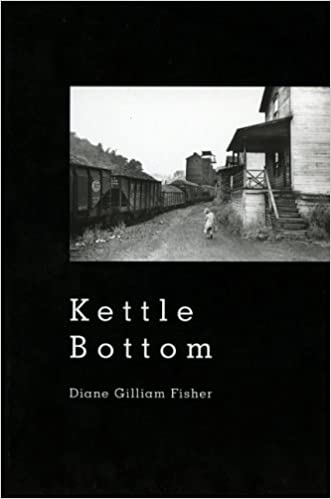 Winner of the 2008 Thomas and Lillie D. Chaffin Award for Appalachian Writing

Winner of the Ohioana Library Association Poetry Book of the Year

Finalist for the Weatherford Award of the Appalachian Studies Association

Chosen as the first-year common reading selection at Smith College

“Students immediately engaged with the poems; faculty found the poems a productive way of exploring issues of class, of race, of history and who gets to tell it, of suffering, of moral choice, and of resilience.” —Carol Christ, President of Smith College

“Yes, some who read this book may argue that the issues woven throughout this collection are no longer pertinent in today’s world. We know more about working conditions in coal mines. We know more about the coal and its impact on both the natural environment and on us ... I would argue that there are many things that haven't changed, including the world’s perception of working-class rural people, and the economic disparities often found in blue collar jobs. That’s why this book should be read, again and again.” —Karen J. Weyant, Glass: A Journal of Poetry

“In Kettle Bottom, Diane Gilliam probes the emotional truth of coal camp history, and then extracts it — holds its darkness in the light of her brilliant lines.” —Joyce Dyer

“Kettle Bottom is a one-woman rescue operation accomplished in words that say plainly, as the miners might have, yet eloquently, as only a gifted poet can, that these men and women and children were once here in the same world as ours, that they gave up the breath in their lungs and even their very daylight to fuel this world, and that their hopes for their lives and the terrors they endured, who they loved and so often lost too soon — that all of it mattered. As it matters that after so many years someone finally heard their faint tapping and, with the urgency of love, went tunneling toward them.” —NewPages.com

“Kettle Bottom serves as a reminder that everything in life can be the stuff of poetry, that every life is extraordinary in some way and has something to teach us.” —Appalachian Heritage

“The poems in Kettle Bottom deliver, with the simplicity of homespun, details about coalfield faith, childhood, family, workplace danger, bias, marriage and — again and again — economic injustice. Gilliam’s collection is a profoundly human portrait that rings out beyond the folds of a lost Appalachian story. [It is] an inquiry into coal that returned with diamonds.” —Daily Hampshire Gazette

“Gilliam’s little book held me like a vise, touched me like a prayer. It made me feel like I had lived and walked with the people in its pages.” —The Transylvania Times

“Like the Michelangelo of her poem who ‘cuts away everything from the stone that is not David,’ Diane Gilliam makes the stone of the West Virginia mountains yield up its human past, and gives a second, enduring life through her art to the people of her home place, who would otherwise be ‘all gone under the hill.’ Her community is fortunate to have harbored such a poet, and American poetry is the larger for this extraordinary book.” —Eleanor Wilner

“Mining may be men’s work, but the conditions of this work pervade their family lives. Their wives and children bear the fallout from the mines... [Gilliam] creates a self inside this history and makes this history personal. At the same time, she locates this self in a larger world, drawing on her family stories and culture to create a collective identity from this tragedy.” —Teow Lim Goh, Tin House Kettle Bottom is Diane Gilliam’s second book, and she is the author of three additional collections of poetry: Dreadful Wind & Rain (Red Hen Press, 2017), One of Everything (Cleveland State University Poetry Center in 2003), and Recipe for Blackberry Cake (chapbook, 1999). She holds an MFA from Warren Wilson College and a PhD in Romance Languages and Literatures from Ohio State University. She teaches in community workshops and as guest faculty in the low-residency MFA program at West Virginia Wesleyan College. She has received an Individual Artist Grant from the Ohio Arts Council, the Chaffin Award for Appalachian Writing, the Ohioana Library Association Poetry Book of the Year Award and a Pushcart Prize. She is the most recent recipient of the Gift of Freedom from the A Room of Her Own Foundation. Gilliam lives in Akron, Ohio.