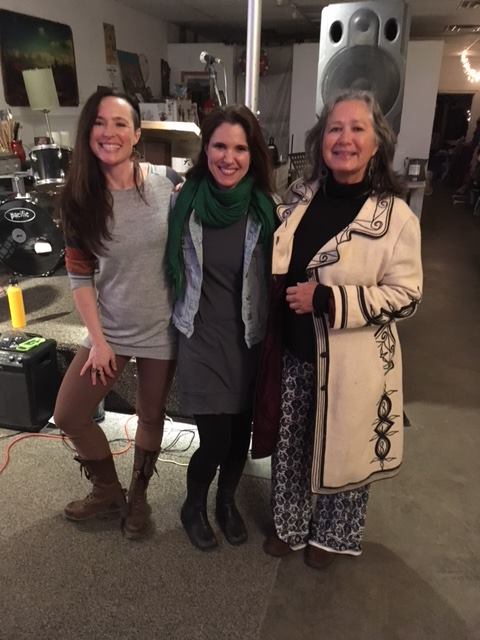 Poets Jennifer K. Sweeney and Dian Sousa will be the featured readers at L. I. Henley and Jonathan Maule’s Visiting Writers Series at the Beatnik Lounge in Joshua Tree on March 16.

Jennifer K. Sweeney is the author of three books of poetry, Little Spells (New Issues Press), How to Live on Bread and Music, winner of the James Laughlin Award, the Perugia Press Prize, and nominated for The Poet’s Prize, and also Salt Memory. Her poems have been translated into Turkish and published widely in literary journals including American Poetry Review, Poetry Daily, and the Pushcart Prize anthology. She lives in Redlands, California where she teaches privately and at University of Redlands.

Dian Sousa’s published 3 books of poems. She wrote and read the opening poem for the Women’s March in 2017 and 2018 and is featured in Robert William’s new documentary, Let it Shine. Her poems have appeared in numerous journals and have been nominated for a Pushcart Prize. She has read her poems with the Band, Blame Sally. Most recently at the Freight and Salvage in Berkeley and at The Henry Miller library in Big Sur. She is a former San Luis Obispo Poet Laureate.

This is a free event, though we ask that you please support our visiting authors through the purchasing of their books. If you are unable to purchase a book, cash donations will accepted and given to the poets for coffee/ gas money. Delicious organic, gluten-free treats and wine will be provided. Hope to see you there!